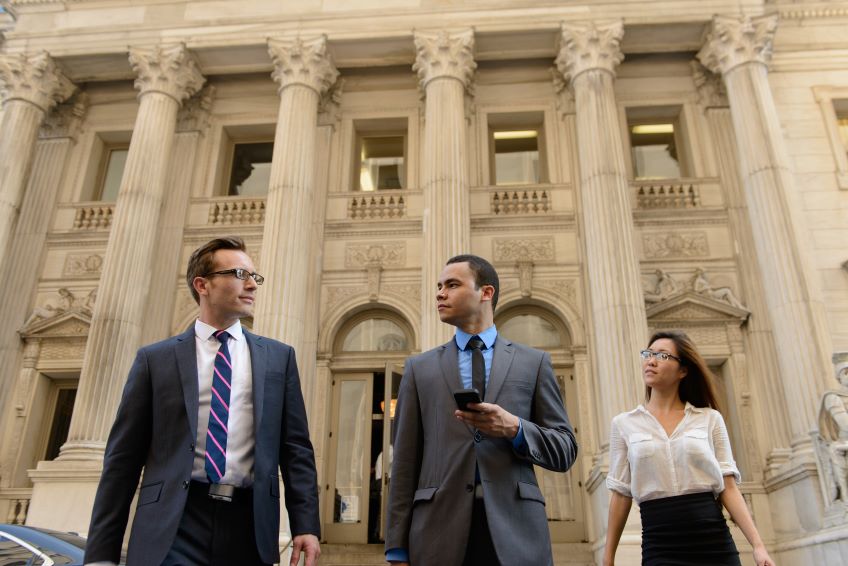 Part 2: Talking amongst ourselves

Last November, Lumen launched a new program designed to encourage its law firms to give greater opportunities to diverse attorneys. In the second of his three-part series, Vice President and Deputy General Counsel Ryan McManis writes about the power of conversations to drive change.

Lumen regularly uses outside firms for our significant legal work. In those early days, my team became much more demanding about how those firms staffed our cases and really pushed for diverse teams, especially on our most significant cases. We pushed for female lawyers, for lawyers of color and for general diversity of thought and experience.

One early experience in the effort to push for diversity continues to stand out to me. At one of the large firms we use quite a bit, there was a relatively young, female, Asian attorney. She is fantastic at what she does: smart, kind, shrewd and a true fighter. Yet, she wasn’t getting the meaningful work she deserved. She was getting work, but she had to fight for every assignment of any substance. She had to fight for every rung on the career ladder that she was trying so hard to climb. Even with us pushing for her to assume more substantive roles, she had to fight. And honestly, I don’t think it was because anyone was trying to hold her back; I just think it was because that’s how it had always been.

As is true in many firms responsible for high liability matters, the senior partner controlled every detail. Every assignment started and ended with him. Not because he didn’t want this woman to succeed, I know that he did, but because he didn’t want his clients to lose. And it was hard for him to cede control – to anyone. It was because that’s how the system works in many large law firms and the way that it has always worked, which is not a good thing.

Watching this dynamic forced me to really look at what was happening in the legal community that has given me so many great opportunities. The problem wasn’t just at this firm. It was everywhere. And it needs to change. And while I can’t change everything, I knew I needed to work on changing this one thing.

I examined what I could do to transform our relationships with the law firms we use.  I also examined how the privileges I have, specifically my background and race, gave me the opportunity to influence real change in the system. I began to better understand that my successes – many for which I’ve worked very hard – were also made possible due to those privileges. That was uncomfortable to think about, yet it was also personally rewarding to think of using those advantages to influence and change the system. I don’t feel guilt for what I have, but I do feel an obligation to not take it for granted and to do whatever I can to improve the system for those who haven’t had similar experiences. In my role at Lumen, I found myself in a position to take action to effect change with our outside counsel.

On closer examination, my team and I, from the perspective of being the client, saw the talent that was overlooked at many of our outside law firms because of long-standing, institutional bias in law firms. In response, we tested how much power Lumen, as a large and important client, truly had to effect change. In that one example mentioned above, we saw that the system wasn’t letting the younger female Asian attorney flourish, and that we at Lumen were not getting full access to her talent and the talent of so many others.

So, we requested, suggested and sometimes demanded that she be provided more substantial assignments. We insisted that she attend and participate in court hearings, depositions and meetings. We made her the primary contact on her issues, eliminated the middleman and let her lead. Her assignments quickly got meatier and her successes followed one after the next.

Fast forward two years, and she is now a partner at that huge law firm. I don’t kid myself into thinking that it is because of me or my team that she made partner – she’s a great lawyer and she would have made partner without our help. But we hope that our actions – instead of just “lip service” – contributed in some meaningful way. We forced the issue. And we really didn’t give the firm a choice but to give us what we asked for: her talent. That was an important lesson that laid the foundation for what would ultimately become our new diversity and inclusion partnership with our outside counsel.

Once that foundation was laid, the next year brought the purpose of the program into shape. During that time, I met and hired a great lawyer in Minnesota. Jerry Blackwell at Blackwell Burke is one of the best lawyers I’ve ever worked with, and I’m proud to call him a friend. Jerry exemplifies the actions over words mentality. As I was getting to know Jerry, many of our early conversations focused on his efforts to get a pardon for a Black man wrongfully convicted of rape in Duluth, Minnesota 100 years ago. The man’s name was Max Mason, and it is a truly horrible story if you look it up. Jerry eventually won the first posthumous pardon in Minnesota history for Mr. Mason. Jerry saw a wrong in the world, decided to address it and took action. In the end, as complicated and tremendously hard as it was to get that pardon, it really boiled down at its core to Jerry’s simple choice of doing something instead of doing nothing.

Jerry’s example, and his willingness to have honest and raw conversations about everything including race and equity, started to change the way that I looked at the world around me. He pushed me to ask questions of myself, to take stock of the answers, and to change the way I thought and acted if I didn’t like what I was finding.

Right about that time, in early 2020, the social unrest erupting across the country created a true sense of urgency for us to take real action, to use our position as a leading technology company and a large consumer of legal services to make a difference. It encouraged me to have honest conversations with other diverse people whom I knew. It amazed me how willing everyone was to have these conversations, and how open people were about their stories, their challenges and their feelings, even when the topics were uncomfortable. With each conversation, the uncomfortable became slightly more comfortable, and that pushed me one step further along in the development of our program.

I started piecing together the common themes from this patchwork of conversations. I read everything that I could find about diversity initiatives, about career development and about creating equity. With each article I read, what I was hoping to achieve started to crystallize. I wanted to move beyond the commitments to simply put diverse lawyers in the room, and instead to empower those lawyers to acquire the client relationships that keep them in the room. This meant helping them develop not just the marketing skills to get a client, but to acquire some of the skills necessary to keep clients, to grow clients and to become the trusted advisor that clients absolutely need when the worst cases come in.

In the final part of his series, Vice President and Deputy General Counsel Ryan McManis outlines the steps Lumen took to launch this new diversity program. 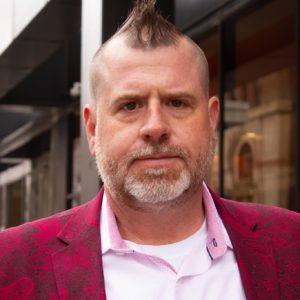 Ryan McManis is Vice President Deputy General Counsel at Lumen. He’s been practicing law since 2002 and joined the company in 2006. Ryan and his wife live in the Denver area with their four children. 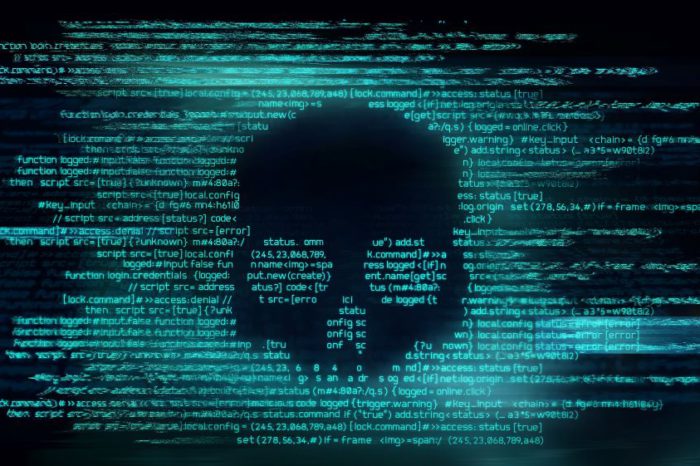 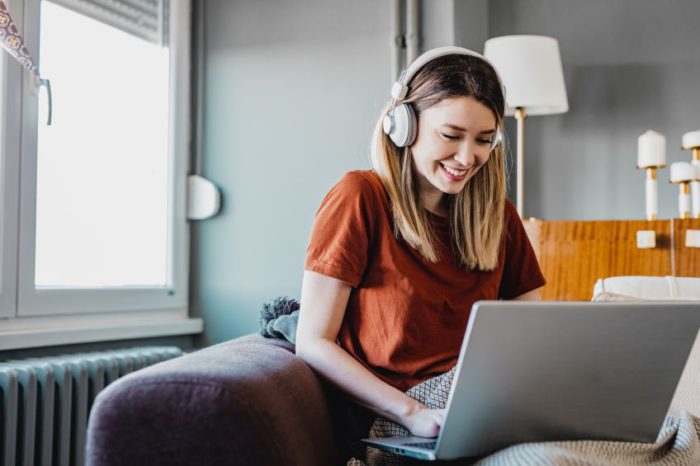 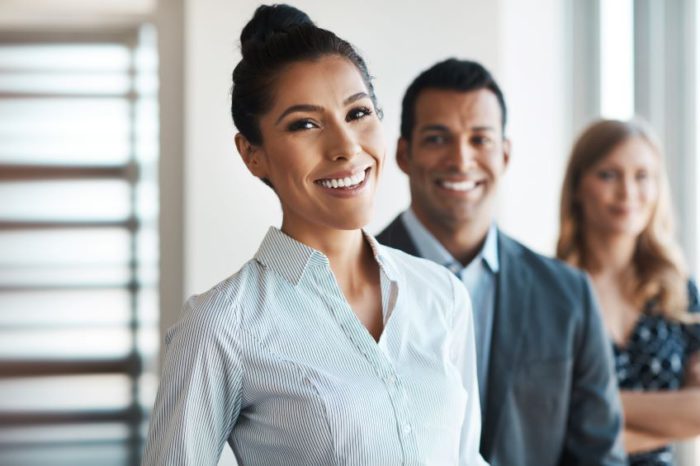